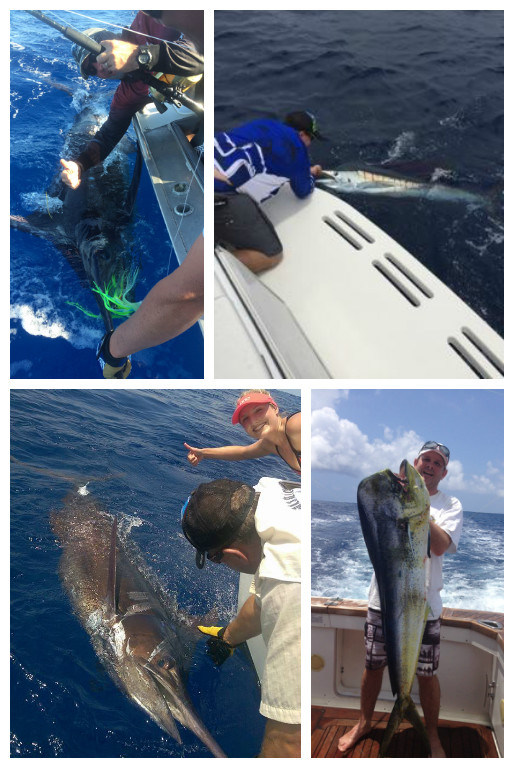 Large Mangrove Jacks have been moving around all of the Sunshine Coast rivers at the moment. Stormy afternoon weather seems to fire them up, just check any alerts before you go (lightning, hail, torrential rain). Noosa is still producing some large dusky flathead while there are a few Jew in the Maroochy and Pumicestone passage.

Mulloway (Jewfish) are still getting caught offshore especially on the Noosa reefs. They have been in great numbers this year both offshore and in the estuaries. Snapper continue to be caught even with the warmer water pushing down from the north. 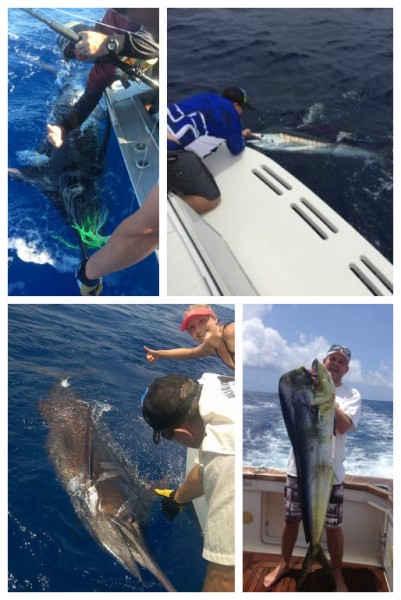 As we flow into December the numbers of light tackle billfish will hopefully increase. Only random fish have been found so far. Good bait has been sounded at the hards and free jumping marlin at double island point. The inshore water temp has risen to 24-25 degrees. There were a few billfish tagged in the billfish bash but they were scattered. The 8 mile area would be a good spot to start at the moment and is the closest mark to Mooloolaba. Mahi Mahi on the other hand are everywhere. The majority of fish have been ranging between 5- 12kg .They are a fantastic sports fish and great on the table. But it must be said that everyone fishing the comp had seen enough dollies for one weekend. A couple of Wahoo were also caught but are scarce.

The heavy tackle scene has gone a little quiet but there are fish still out there. There were only 2 blue marlin tagged in the comp but a few others were raised. The water on the shelf has been a little warmer out wide and with this some bigger mahi mahi have been encountered. You know when a dollie nearly goes line class on 24kg tackle, it’s a big fish.

As this will be my last Captains report for 2015 I would like to wish everyone a safe Christmas and happy New Year. Bring on the MARLIN.

See you on the water Jamie Behrens

Rivers Mangrove Jack are being taken in all the rivers. The Noosa system has been…

Rivers Whiting, Mangrove Jack and Trevally are being caught in all the systems. The mud… 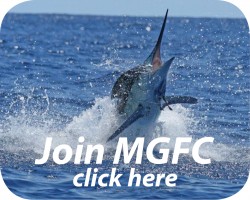 Weather
Weather
Love fishing? Want to learn more about game fishing on the Sunshine Coast? Join the Friendliest Club on the Coast and become a member of Mooloolaba Game Fishing Club today!
Join Now!
Associated With: